Sophie BELLON, Chairwoman of the Board of Directors of Sodexo, Attended the France-China Enterprises Council Conference

Beijing, January 9, 2018- Sophie BELLON, Chairwoman of the Board of Directors of Sodexo, attended the Founding Ceremony and the First Conference of the France-China Enterprises Council in Beijing, which is an important agenda for the visit to China of Emmanuel Macron, French President. Senior executives from more than 50 large French companies, including Airbus, Dassault and Sodexo, accompany Macron to visit China.

The talks during the France-China Enterprises Council Conference involved topics such as energy and green technologies, IT and innovation, investment and consumption for a better quality of life. 30 representatives of French and Chinese companies including Areva, Schneider Electric, Airbus, Danone, Sanofi, COMAC, China Mobile, Alibaba, and JD, attended the council. Nearly half of the 15 Chinese companies are partners with Sodexo. 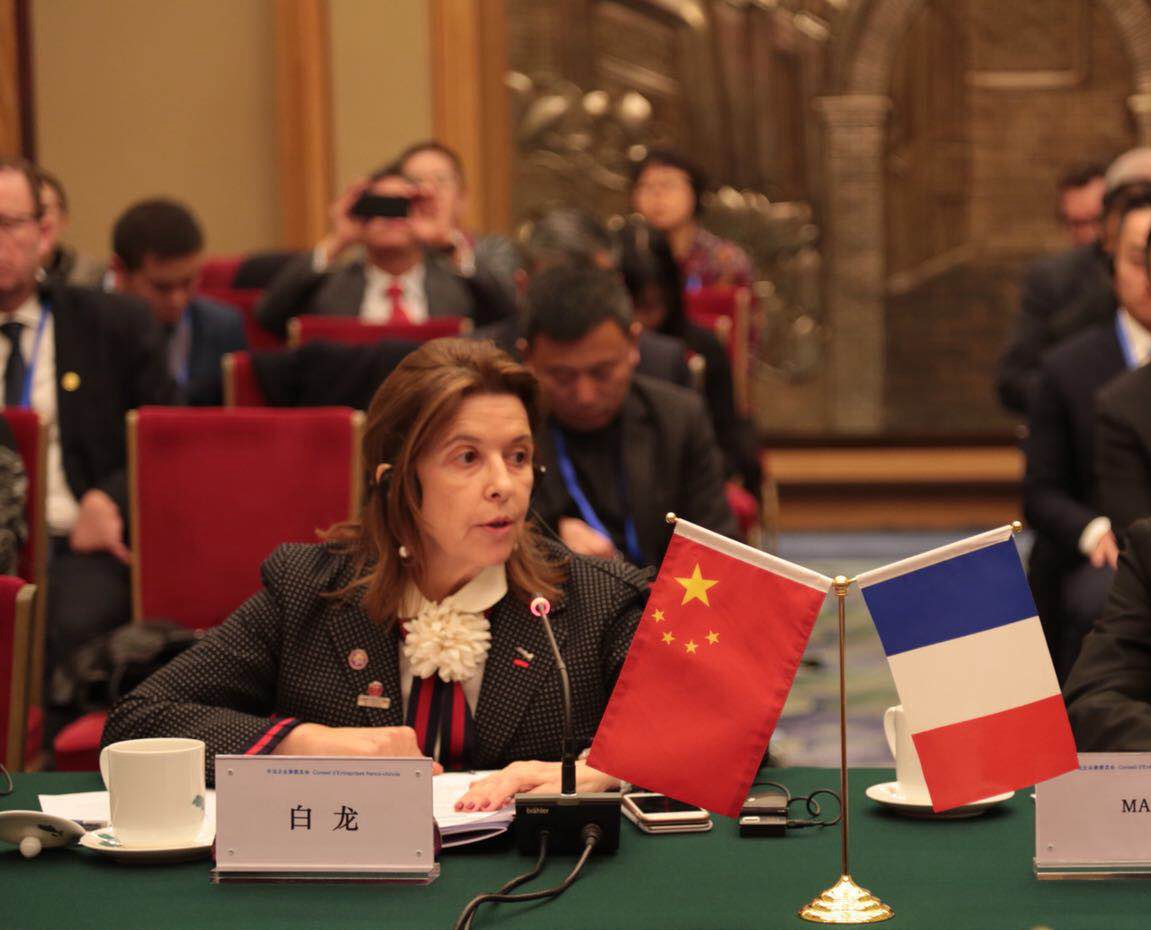 Sophie BELLON, Chairwoman of the Board of Directors of Sodexo gave a speech in the France-China Enterprises Council Conference

“I’m much honored to be here today and to take part in this official trip, which is an opportunity to strengthen the ties between our two countries, France and China.” Sophie BELLON stated in her speech, “As part of the theme, quality of life is our mission since Sodexo was created over 50 years ago.”

Sophie BELLON mentioned that Sodexo has become a global leader in integrated services, with serving companies, administrations, hospitals, schools, universities, retirement homes, stadiums, amusement parks, museums, etc. “In China, we started 22 years ago with importing the service outsourcing model that we had already extensively experienced in other countries. Today, we have around 13,000 employees serving one million consumers every day in 50 Chinese cities. ”

Sophie BELLON said, “Our second mission is to contribute to the economic, social and environmental development of the cities, regions and countries in which we operate. For instance, we have a partnership with Huawei to help them, at their offices in China and around the world, to build infrastructure in which energy efficiency is optimal, and where greenhouse gas emissions are limited to a minimum. We have always wanted our growth to be sustainable and meaningful. I think this is a goal we share with the Chinese government. ” Sodexo made a global commitment to reduce its greenhouse gas emissions by 34% by 2020 to protect the environment, and a commitment to reach 40% women among our leaders by 2025 to promote diversity and inclusion. Meanwhile, Sodexo is one partner of the Hope Kitchen program of the China Youth Development Foundation (CYDF). Through this partnership, Sodexo is training the teams, including the cooks at 60 Hope Kitchens, to raise awareness of nutrition issues and the role of food in health. This allows Sodexo to play a role in improving the nutrition and health of Chinese children who need it most.