Sodexo, world leader in Quality of Life services, has successfully completed its mission to provide world-class professional services for the 7th Military World Games (MWG) in Wuhan, Hubei province, China. Sodexo has always placed service explicitly at the heart of the experience, actively improving Quality of Life for individuals and organizations. After a year’s meticulous preparation, Sodexo, cooperating with the MWG catering service provider - Beijing Railway High-Speed TianYou Hotel Group, provided a diverse range of services to 8000 MWG athletes from 109 countries with its professional skills and excellent services.

Known as “Olympic Games for the military”, the WMG is a multi-sport event for the armed forces, organized by CISM (Conseil International du Sport Militaire/International Military Sports Council) since 1995.  The 7th MWG, which ran from Oct. 18 to Oct. 27, is one of the most important international sports events China has hosted since the Beijing Olympic Games.  The MWG in this year will see the largest number of competitions ever participating, with over 300 events and 27 disciplines.

On October 12, 2018, Sodexo China took the invitation from Beijing Railway High-Speed TianYou Hotel Group and built a new-style partnership with Railway High-Speed TianYou Hotel Group by virtue of outstanding performances in international sports and leisure business. In the preparation of the seventh CISM Military World Games, Sodexo provided kitchen design consultancy service to TianYou Hotel Group. In the middle of September, 2019, Sodexo was invited to teach the national culture and food custom, and designed a series of professional courses for food-service managers, supervisors and frontline employees of athletes restaurants. The content covers 19 countries related professional knowledge, according to three dimensions of the culture, taboo and tableware, interpreting the international dining etiquette reception skills. The guidance improved the food and beverage service team's overall quality and service quality. During the MWG, Sodexo provided three experienced foreign western chefs for TianYou hotel Group to assist the athletes' restaurant to provide authentic food for athletes from all over the world and achieved good results. Sodexo has supported Beijing Railway High-Speed TianYou Hotel Group with international service standards, providing athletes from all over the world with high-quality and nutritious food. 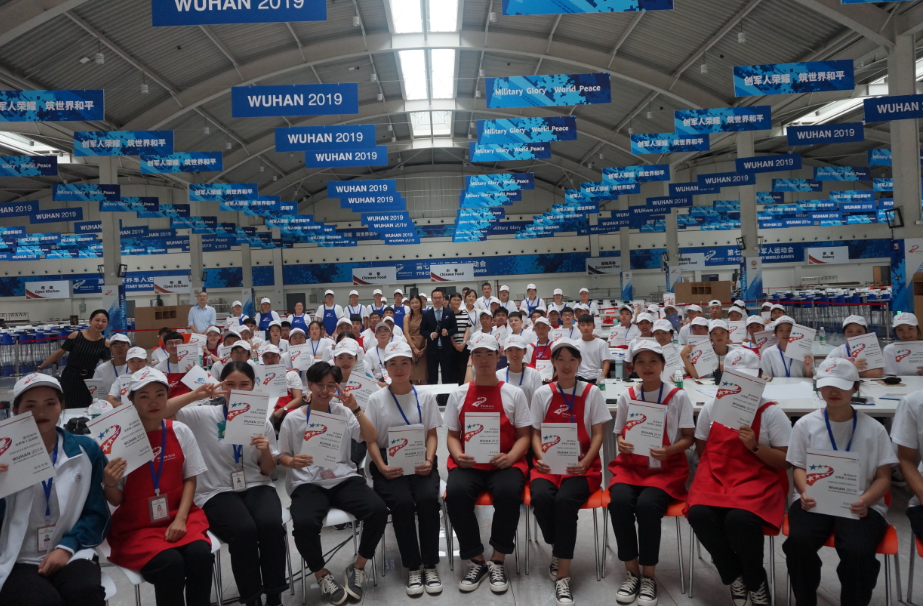 Sodexo’s Sports and Leisure segment operates at over 700 sites internationally, with 40,000 employees delivering Quality of Life services to over 200 million consumers. This segment covers, in France and around the world, major activities related to the management of prestige, cultural and sporting venues, and major events. As owner of prestigious sites and brands (Le Lido de Paris, Lenôtre, Le Pré Catelan, Bateaux Parisiens, Yachts de Paris…) or as a strategic partner to its clients, exceptional venues and events (the restaurants of the Eiffel tower, the Maisons de Prestige, Roland Garros, the Tour de France, the Dakar Rally, La Seine Musicale, the Royal Ascot, the Rugby World Cup…).

Thomas OUDART, Sodexo’s Vice President for Business Development, Sports& Leisure in China, said ‘We are honored to cooperate with Beijing Railway High-Speed TianYou Hotel Group, signing such a prestigious and important contract to provide consultancy services for the WMG.  Sodexo Sports and Leisure in China will deploy its global expertise in such events to provide excellent services for all the athletes and to support widely the success of the CISM Military Games.’

Wang Quan, the Chairman of Beijing Railway High-Speed TianYou Hotel Group, said, "We believe that the strategic partnership with Sodexo will promote the sound development of both companies. We hope to work with Sodexo, to make the restaurant of “international standard and Chinese style".

Martin BODEN, Sodexo Greater China President remarked, “This is the first partnership for Sodexo’s Sports and Leisure business in mainland China and we are delighted to have been awarded such an exciting opportunity to participate in the CISM Military World Games.  Sodexo, the industry world leader in Quality of Life Services entered the China market over 20 years ago and continues to invest there to expand its scale and scope of services.’