Sodexo steps up fight against food waste, aims to deploy data-driven program at 3,000 sites within year

Sodexo’s commitment to deploy smart food waste measurement technology at 3,000 sites represents the largest initiative of its kind announced in the restaurant and foodservice industry. Sodexo will prevent a tremendous amount of food waste and make a significant global impact with this effort

Paris, May 15, 2019 – Sodexo, world leader in Quality of Life services, announced the deployment of its data-driven food waste prevention program, WasteWatch powered by Leanpath, at 3,000 sites worldwide within a year. During the Tech for Good Summit, Denis Machuel, Sodexo’s Chief Executive Officer, reiterated the company’s goal to deploy the program to all relevant Sodexo sites by 2025, in line with its goal to halve food waste and food losses from its operations by the same year.

“We need to accelerate the fight against food waste for the sake of humanity and in light of hunger worldwide. The rapid deployment of WasteWatch powered by Leanpath is our rally cry across Sodexo to do our part, while empowering our clients and the consumers we serve. We must track how much food is discarded at each and every one of our food service sites – and we are committed to make these figures public to bring a sense of urgency and motivate us to always do better,” said Denis Machuel, Chief Executive Officer, Sodexo. “Beyond data, the program is a revolutionary approach to food services. Our chefs, supply experts, site managers and frontline teams are trained and encouraged to think creatively and innovate in the way we plan, use and serve food to reduce avoidable waste.”

The WasteWatch powered by Leanpath Program prevents on average 50% of food wasted. Using the program, Sodexo teams can rapidly and easily capture food waste data, giving clear insights into what is being wasted in their kitchens and why. With this new understanding, teams can implement targeted operational and behavioral changes to help end avoidable food waste, whether food waste generated in the kitchen or consumer food waste. 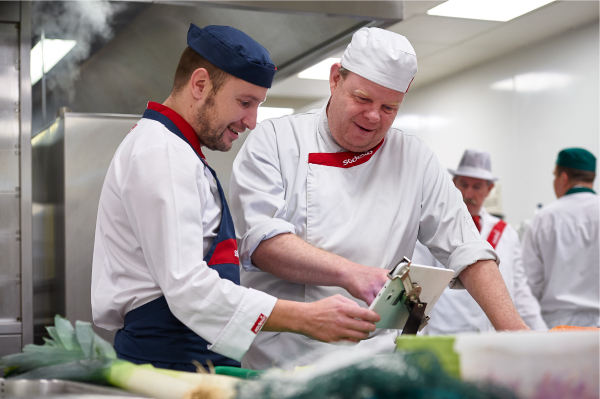 “Sodexo’s commitment to deploy smart food waste measurement technology at 3,000 sites represents the largest initiative of its kind announced in the restaurant and foodservice industry. Sodexo will prevent a tremendous amount of food waste and make a significant global impact with this effort,” said Andrew Shakman, Chief Executive Officer, Leanpath.

According to the Food and Agriculture Organization of the United Nations, approximately a third of food produced for human consumption is wasted globally. This is one of the biggest scandals of our time considering the 842 million people suffering from hunger around the world. And the environmental front is equally troubling: if food waste was a country today, it would be the third largest carbon emitter after the USA and China. The impact of food and agriculture on biodiversity, as recently highlighted in the Intergovernmental Science-Policy Platform on Biodiversity and Ecosystem Services Report, is a further reason we cannot afford to waste food.