Sodexo: Staying confident in China for over two decades

Martin BODEN, Sodexo China Country President was interviewed by CGTN, and he mentioned, " We are still very confident about the growth in the Chinese economy, and further opening up. Looking ahead, Sodexo is now focusing on China as a central aspect of its future innovation strategy. " 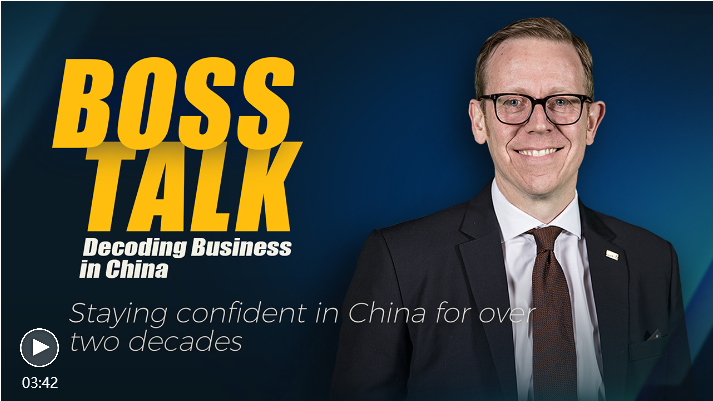 After entering China in 1995, quality of life services provider Sodexo is still confident in China's growth potential and further opening up, Martin Boden, the company's China president, told CGTN while sharing his insights into the Chinese market.
“We are still very confident about the growth in the Chinese economy,” Boden said, “particularly in the services industry.”
“Our company has been a huge beneficiary of the policy of China's opening up…and continuing to develop the market is a good thing,” he said, noting it would be a positive development as foreign companies could continue to operate within a fair and transparent system and compete with local businesses.
In the past two decades, Sodexo China has operated 550 sites in 50 Chinese cities, and its 13,000 employees in China serve more than one million consumers each day.
The Paris-headquartered company, which provides services ranging from food and healthcare to sports and education, is the world's 19th largest employer and operates in 72 countries. Looking ahead, the company is now focusing on China as a central aspect of its future innovation strategy.
“The digital world really has no boundaries,” he said.
Sodexo announced during last year's China International Import Expo (CIIE) that it invested in a Chinese technology startup, its first such investment outside of its European headquarters, after bringing several Chinese AI startups to the Viva Tech Exhibition in France last June, a demonstration of the company's role in China's digital innovation market.