Sophie Bellon Appointed Chairwoman of the Board

Following the January 26, 2016 Shareholders’ Meeting, Sodexo’s Board of Directors will appoint Sophie Bellon as Chairwoman. She will succeed Pierre Bellon, Sodexo’s founder and Chairman, who will become Chairman Emeritus. 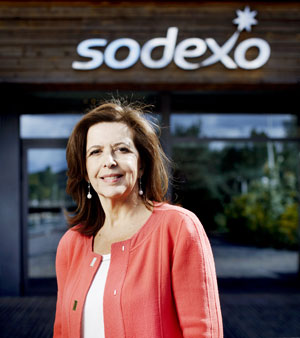 After graduating from EDHEC Business School, Sophie Bellon began her career in 1985 in the United States, first in the finance and then in the fashion sectors. She returned to France in 1994 to join Sodexo, where she has taken part in the landmark steps in the Group’s growth, including major acquisitions and international expansion during the 1990s, the Quality of Life services offer and, more recently, the Group’s Research, Development and Innovation strategy. This experience has prepared her for her future role as Chairwoman, which she sees as having two underlying goals: pursuing the Group’s record of innovation-led profitable growth while upholding its mission and core values.