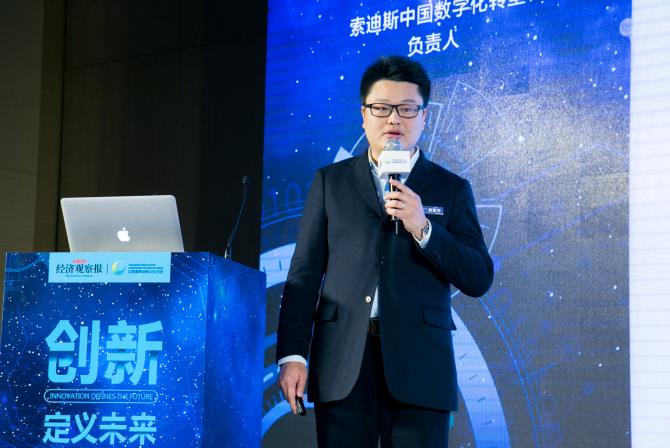 Based on its sound corporate innovation mechanism and great breakthroughs in digital transformation, Sodexo China was awarded this “China’s Most Committed Innovation Company”. Sodexo China organized its Innovation Committee and formally kicked off the digitalization process at the beginning of 2017 backed up by its innovation genes which have been deeply rooted in its blood for 50 years globally and 20-year local experience in practice. In the following 10 months, an innovation fundamental eco-system has been set up via fostering internal digital and innovation culture, cultivating innovation-mindset of employees, exploring cooperation opportunities with external start-ups, etc. and series of innovation programs have been deployed and implemented into practice, such as Virtual Reality Safety Kitchen Training, service robots, facility management service App, catering service App and small repair App, etc.

Bruno VAQUETTE, Country President of Sodexo China said:” It’s a great honor for Sodexo to be awarded as one of the Most Committed Innovative Company in China, showing recognition for Sodexo’s innovation and digitalization progress from domestic authoritative media, public as well. As the first region to implement Group’s digitalization strategy, Sodexo China’s digitalization is an important part of Sodexo Group’s digitalization strategic map. Through this splendid innovation journey, we are expecting a stage where we can combine our high-standard professional service expertise, best practices backed up with scientific proof, customized on-site services solutions with mature cutting-edge technology, therefore bringing more diversified, intelligent and convenient Quality of Life services to China’s clients and consumers.”